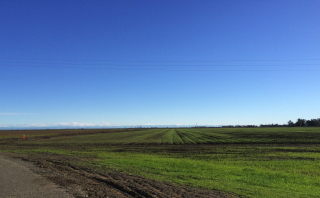 When the proposal was suspended for the second time, some City analysis had been done, but some commissions were still in the process of analyzing the proposal, such as the Finance and Budget Commission, the Natural Resources Commission, and the Open Space and Habitat Commission (as I noted in a letter to the editor in the Enterprise after the first hold).

Now as UCD and DJUSD let out for summer vacations, the developers have returned to request that the City resume processing their application.  See the following letter addressed to the members of the Davis City Council:

The Mace Ranch “innovation center” (i.e., business park) would have occupied a considerable-sized 200 acres of prime farmland to the north and east of Davis’s current city limits, triggering a Measure R vote.

The details of the new ARC proposal will no doubt be forthcoming, but, according to the letter, the proposal will include “workforce housing… laboratory office, R&D, prototyping and product manufacturing space.”  The MRIC proposal did not include any housing, although it was discussed informally and was included in some form in the Environmental Impact Report (EIR).

As for the name “Aggie Research Campus,” the developers seek to highlight “a connection to research conducted at UC Davis,” although there is no indication in the letter that UCD has any role in the project.

So, it will be interesting to see exactly what is in the new proposal.  No doubt, Davisites will be hearing much more about the ARC proposal in the months to come.

Well, as we all know...major project proposals are brought forward and the city council often takes major votes in the summer. One notable example, the August vote in the mid-1980s to transform Central Park into a three-tiered shopping mall...and we all know how that turned out.

Pertinent to MIRC, in July a few years back, the City Council drew up and supported aspirational Guidelines for development of such a massive project as MIRC that would have a huge environmental impact. We don't need a wish list...time to carve in stone fundamental principles for the highest standards of deep green, sustainable and resilient planing.

It's interesting that the developers explicitly admit in the letter that their strategy is to provide as little detail as possible for as long as possible. This seems like a ham-handed approach that Davis voters will regard with a lot of suspicion.

With all the traffic problems the city has experienced recently on Mace Road and the overpass adding a business park with housing on Mace curb will only exacerbate the problem.

Good point, Keith. As your comment implies, conditions have changed a lot in three years. I think the EIR will need to be modified.