Will the City press UCD for more, and more affordable, on-campus housing? 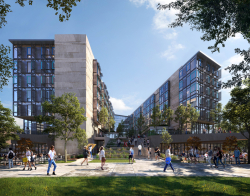 As Colin Walsh documented in his article on last week’s “town hall” meeting between UC Davis, the City of Davis, and Yolo Country, the meeting was unfortunate in a number of respects and failed to fully engage housing issues on UCD’s campus.  The event was followed by a pat-ourselves-on-the-back-for-a-job-well-done op-ed from Chancellor May, Mayor Lee, and Supervisor Saylor.

Last night’s Council meeting gave Councilmembers “another bite at the apple” – another chance to ask about on-campus housing – with a UCD Financial Overview agenda item.

After a wide-ranging presentation from UCD staff, councilmembers did, to their credit, ask UCD a bit about housing: Why isn’t it more affordable?  Why isn’t it there a fundraising campaign to help out with affordability?

UCD’s answers to these questions were not very satisfactory.  To the affordability question, the response was, in essence, that housing on campus is superior to that off-campus and so is competitive on those grounds.  To the fundraising question, the response was to the effect that yes, other campuses are doing this, and yes, they could look into this – leaving off the fact that UCDs very own task force made recommendations on these issues and so answers should already have been available.

Then came a long line of citizen commenters, reiterating, amplifying, and vividly illustrating these issues. 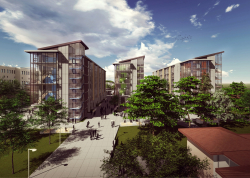 They asked for more affordable housing, pointing out that many students simply cannot afford what campus is charging – that a difference of, say, $200/month makes a huge difference over the course of one’s time in college, especially if it is a loan that has to be paid back with interest.  And they asked, again, for the university to seek new funding sources, such as alumni donations, suggesting that many alumni would be happy and proud to contribute to such a fund.

After hearing so many passionate and articulate speakers, including student speakers, all essentially in agreement (and that doesn’t happen often in Davis!), you might have expected some more pointed questions from Council, or some suggestion that they themselves would be following up.  But no.  Only a tepid expressed hope from Mayor Lee that the university would provide answers or pointers to documents and no further comment from other Councilmembers.

But commenters were not asking for information.  They were asking for action.  And it is extremely unusual for Council to ask no further questions or give no further discussion after public comment. (The late hour was proffered as the excuse).  For example, one speaker raised a new concern about increase public transportation options for UCD commuters – they could have asked UCD staff about that, but they did not.

Let there be no mistake.  The ball is in the Council’s court now.  They could press campus to create more housing on campus than currently planned and more affordable housing.  Will they?  They have not given us much hope that they will.

Davisites, we will need to keep pressing the Council to act on these issues.  UCD is right about one thing.  All things being equal, on-campus housing is better for most students than off-campus.  But there has to be enough of it, and it has to be affordable.

It’s up to us to make sure that happens.  If this is important to you, please write to the Council at CityCouncilMembers@cityofdavis.org and/or speak at general public comment at future Council meetings to let them know it’s too early for “pats on the back” for a job well done.