Why dropping SAT/ACT admission requirements isn’t a “dumbing down”

The tests do, in fact, discriminate against low-income students 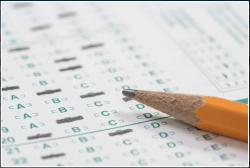 A recent letter to the editor in the Davis Enterprise decried the move to drop the SAT and ACT as part of the college application process.  The letter writer states that to get rid of these standardized tests would be to “dumb down” the educational process, suggesting that people need to accept that not everyone’s abilities are the same and that some students just need to work harder.  The letter writer rejects out of hand the suggestion that the tests “discriminate against minorities and the poor.”

Letters like this remind me that there are a number of facts about these standardized tests that are not well known.  So, in the interests of education (yes, a double meaning here), I thought it would be helpful to rehearse some of them.  I will focus on the SAT because that is the test I am more familiar with.

One issue is the longstanding reputation of these tests as simply being biased – that some of the questions contain assumptions that would be primarily known by people of a “higher” socioeconomic class.

The SAT, in particular, has taken steps to try to remove such questions, but concerns about bias remain. For example, there is some reason to think that Black students are actually doing better on the harder questions than White students are, even though White students are doing better overall; one possible explanation for why White students do better on easier questions is that common words tend to have many more semantic (dictionary) senses than rare words, so there's more of a chance that people's cultural and socioeconomic backgrounds will affect their interpretations of those words (see article here).

However, even if it were to turn out that many of the questions are not biased, there are other problems with the tests.

A major issue is that preparation classes, costing hundreds or even thousands of dollars, have been shown to have a significant effect on test scores, enough to make a difference in college acceptances (see, e.g., this article).  This is especially true because sometimes SAT scores are used as a cutoff – you need a minimum number to even be considered.

So, people who can afford to pay for these preparation classes have an advantage over those who don’t – and of course, certain racial groups are disproportionately less likely have that kind of money.

But maybe the DE letter writer thinks that taking such classes are part of the need for students to “work hard” and “accept the challenge.”  Unfortunately, a big part of what these classes teach is simply how to take the tests – which sort of questions to skip, how to guess well or when not to guess, etc.  They give students lots of practice and help them feel more comfortable with the tests.

But none of that actually means that the students have any greater academic knowledge or skill preparing them for college.  It just means that they know better how to succeed on these specific tests.

Also, wealthier students can afford to take the tests more often, which has been shown to improve results.  According to this article:

The cost to take the SAT during the 2018-2019 school year was about $47.50 for the basic test and $64.50 to take the test with the full essay section. To take an SAT subject test, students must pay a $26 registration fee, $22 for each additional test and $26 for each language test. These costs can be prohibitively expensive for many students.

Students who live in wealthy school districts typically attend better-funded schools. These funding disparities mean that wealthy students are more likely to attend high schools that will give them advantages in the college application and standardized test-taking processes.

To top it all off, there is reason to think that grades are a better predictor of a student’s success than SAT scores are.

So, should UC Davis and other universities get rid of the SAT/ACT requirement – and, for similar reasons, the GRE requirement for graduate school?  Clearly, there is a case for it, but it’s a complicated question because we have to figure out what would be better.

But it’s a conversation worth having.  And when we have it, let’s have it with the facts at hand: knowing that there are definitely socioeconomic and racial biases whose elimination have nothing to do with “dumbing down” academics.