Letter: Colin Walsh is a team player
DISC's Housing will NOT be "Affordable" or "Record-Breaking" 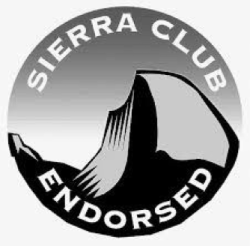 (From press release) Citing grounds of “preservation of agricultural lands and open space, in-fill development and densification and citizen oversight of sound land-use planning ", the Sierra Club announces its endorsement and support of Measure D in Davis CA on the November 2020 municipal ballot.

Measure D is a ballot measure renewal of an existing City of Davis ordinance, “The Citizens’ Right to Vote on Future Use of Open Space and Agricultural Lands”, which gives the citizens the right to make the final decision on projects proposing to develop open space or agricultural land within or adjacent to the City. It was originally approved by the voters in 2000 as Measure J and overwhelmingly renewed as Measure R in 2010.

The Sierra Club has long-standing official policies designed to minimize urban sprawl onto farmland, conserving habitat and natural areas, and maximizing intensive infill development. The Sierra Club opposes sprawl as a pattern of increasingly inefficient and wasteful land use with devastating environmental and social outcomes.

“The Sierra Club is strongly supportive of efforts to provide sustainable and affordable work-force and family housing and to stimulate local economic development", said Alan Pryor, chair of the local Sierra Club Yolano Group. "However, we also believe this is most advantageously accomplished by allowing informed community input and final say on important decisions regarding peripheral growth", added Mr. Pryor. "This measure provides a healthy sanity check on proposed development projects involving farmland or open space."