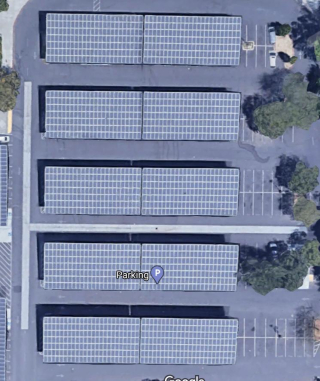 Today the other Davis blog ran a guest opinion on cycling to school. The comments are useful. My comment follows:

Walking and cycling should be the primary means of travel to school – and I applaud the earlier comments, especially those that reflect on how the biggest danger to people walking or cycling to school is people driving themselves or being driven by their parents to school.

The school drop-off is actually not permitted in some cities… students can’t be dropped off at or near school. The discussions and planning for the school commute in relation to Chavez Elementary are dominated by the necessity of the infamous drop-off.

Then also we have the new, Federally-funded connector from east Olive Dr. to Pole Line (and South Davis). It’s great and its primary purpose is to connect kids on Olive to school in South Davis, BUT the City has allowed the Ryder (Lincoln40) frontage to be re-constructed in such a way that bike lanes are below Davis minimums. They so far refuse to consider moving parked cars from the south side of Olive, which allow re-striping on both sides to City Standards. While the westbound I-80 exit to Olive will be eventually be shut down, in the process towards that – i.e. while the 80-Richards interchange is being re-constructed – the plan is to detour ALL westbound traffic headed into Davis onto Olive, crossing the path of students headed the other way to South Davis (and also alongside university students headed to campus).

The bus should be a great alternative – especially in DJUSD schools where 20 to 40% of elementary-age students don’t come from areas near them – but unfortunately Unitrans doesn’t really work for students below 4th or 5th grade.  Yet the DJUSD Board has repeatedly refused to consider implementing a return of intra-city school buses… they won’t even consider doing a study. No movement there, even as other schools around the country – including UCD – move towards 100% electric bus fleets.