"Should Trees Have Standing?" 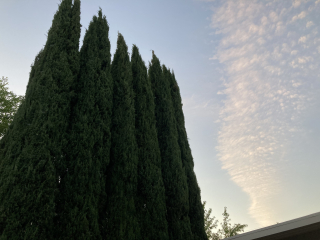 The legacy of Christopher D. Stone.

It is fitting to honor Christopher Stone just when the Vanguard is hosting a webinar on the topic of Climate Change, SocioEconomic Disparities in Tree Cover and Sustainability on Sunday morning (May 23).

For those who have never read Stone’s seminal article, he is remembered by so many as the father of environmental law for his inspired, path-breaking article, “Should Trees Have Standing? Toward Legal Rights for Natural Objects.”

In this 1972 article in the Southern California Law Review where he taught at the USC Gould School of Law for 50 years, Stone wrote: “I am quite seriously proposing,…that we give legal rights to forests, oceans, rivers and other so-called ‘natural objects’ in the environment – indeed to the natural environment as a whole.” He went on to propose that these rights would be asserted by a recognized guardian, much as the law allows for guardians for children, incapacitated adults and others who have rights but require someone to speak on their behalf. As Stone pointed out, “the world of the lawyer is peopled with inanimate right-holders – such as trusts, corporations, joint ventures, municipalities…and nation states.” Stone was insisting that rather than treating nature as property under the law, that nature in all its life forms has the right to exist, persist, maintain and regenerate its vital cycles.

Stone was formulating his argument, just when Sierra Club v. Morton was making its way through the courts to challenge a $35 million Walt Disney resort to be built in California’s Mineral King Valley; the question finally before the Supreme Court was did the Sierra Club have standing because this development going to harm Sierra Club members? In 1972, the Court ruled that the Sierra Club did not have standing, but Justice Douglas in his strongly worded dissent cited Stone’s article and wrote: “The critical issue of ‘standing’ would be simplified…if we fashioned a federal rule that allowed environmental issues to be litigated…in the name of the inanimate object about to be despoiled, defaced, or invaded by roads and bulldozers and where injury is the subject of public outrage.”  As Stone had done in his article, Douglas emphasized that if entities such as corporations and ships were sometimes regarded as persons under the law, “so should it be as respects valleys, alpine meadows, rivers, lakes, estuaries, beaches, ridges, groves of trees, swampland, or even air that feels the destructive pressures of modern technology and modern life.”

It took 34 years after Stone’s article for the first Rights of Nature Ordinance to be proposed and passed. In 2006, the town of Tamaqua, PA tried to stop toxic waste from being dumped into an abandoned open pit mine, but because the town did not own the mine it was denied standing. At this point, Ben Price (not a relative of mine) proposed an Ordinance to protect the surrounding ecosystem from contamination that the town Council passed on a 4-3 vote in what became the first Rights of Nature lawsuit. Not long after this seminal and path-breaking victory, I worked with a group that helped a few towns in both New Hampshire and Maine pass Rights of Nature Ordinances to prevent bottled water companies from exporting spring water from these towns to bottle at nearby plants and to protect local water sources and ecosystems.

To learn more about the Rights of Nature and the relationship to traditions of Indigenous cultures around the world, please consult the Global Alliance for the Rights of Nature (https://www.therightsofnature.org/what-is-the-rights-of-nature to learn about their Work, Resources, News/Events and to subscribe to their newsletter.  The Rights of Nature movement calls for an end to death threats and violence against defenders of their communities, the environment and Mother Earth, holds periodic tribunals, is working “Towards an EU Charter of the Fundamental Rights of Nature,” and so much more. It is a movement whose time has come!

What can we learn now from this movement to protect our environment and the Rights of Nature here in Davis and Yolo County?

Christopher Stone passed away on May 14.  You can read Ben Price's  "Remembering Christoper D. Stone, An Early Scholar for Legal Rights for Nature Concept" here and  obituaries on-line in The Washington Post and The New York Times.

Nancy Price is a member of the Yolo Climate Emergency Coalition.

I recall when the book was published with a forward by UC Santa Barbara ecologist Garrett Hardin. I was taking a great course in the geography department at Cal State Fullerton, “Law and the Environment,” and this book greatly influenced my thinking forever. Thanks to Ms. Price for bringing back good memories.

Thanks, Greg, for your note. Nice to know you were so influenced by Christopher Stone's writing. Maybe you are of the generation that in the 60s read the I. F. Stone's Weekly - Christopher's father. In fact, I have a treasured last issue in my files.