Civility, Facts and the Arroyo Park Zip Track.
What the HEC is Going On? Part III

What the HEC is Going On? - Part II 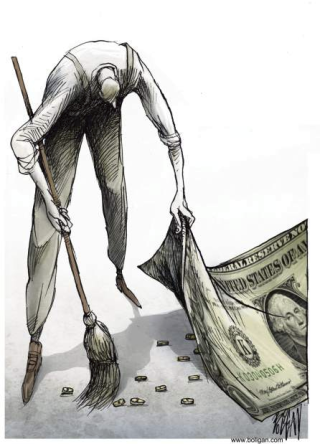 by Alan Pryor and Rik Keller

Note: A subsequent Part III of this series will cover conflicts of interest of HEC members in detail

Last week the authors wrote a carefully-researched and well-documented article on the City of Davis’s Housing Element Committee (HEC) alleging several serious violations of the California state Brown Act open meeting laws prohibiting direct communications between members of jurisdictional bodies. As stated in that article, the composition of the Council-appointed HEC, which is supposed to represent a “diversity of interests” in the community, was instead primarily composed of development and real estate interests and their local supporters.

In our article, we also disclosed that several weeks ago, there were a last-minute series of policy recommendations very favorable to the real estate and development interests in the City that were suddenly introduced to the Committee by these same real estate and development interests. These recommendations, in direct violation of the Brown Act, were sent directly from one member of the HEC to the entire HEC.

We initially published our article in the Davisite on June 8th. The City of Davis sent a response email at the end of the following business day, on June 9th, about an hour before that evening’s Planning Commission meeting started, in which the central agenda item was discussion and consideration of the Housing Element update. The key conclusion in the City’s email was that “The Housing Element Committee has complied with Brown Act requirements. The HEC was solely created as an advisory body and are not public officials with decision making authority; therefore, they are not subject to conflicts of interest.”

However, the City’s self-serving response appears to have been hastily assembled by City staff and the City Attorney 1) without regard to the central points we raised in our previous article, 2) without consideration of relevant State law and guidelines, and 3) without referencing the City’s own explicit guidance it previously provided the HEC itself!

In claiming that the HEC complied with the Brown Act, the City’s response focuses on the requirements for posting an agenda at least 72 hours before a public meeting according to requirements set forth in California Government Code Section 54954.5(b). We agree that the agenda was posted within the 72-hour time frame allowed and never stated otherwise.

However, the next part of the City’s response is highly problematic. It states, “If a Brown Act body receives materials related to an agenda item less than 72 hours before a meeting, the materials must be made available for public inspection as well,” and then cites “Government Code Section 54954.5(b)” as the source for this.

However, Government Code Section 54954.5(b) does not state that! That section of the Code concerns closed sessions pursuant to “Conference With Real Property Negotiators.” It appears that the section of Code that the City meant to cite is Section 54957.5(b)(1). And here the City omitted a key provision in the actual code in its defense [bolded for emphasis]: “If a writing that is a public record under subdivision (a), and that relates to an agenda item for an open session of a regular meeting of the legislative body of a local agency, is distributed less than 72 hours prior to that meeting, the writing shall be made available for public inspection pursuant to paragraph (2) at the time the writing is distributed to all, or a majority of all, of the members of the body.” This is a crucial omission by the City!

Our allegations about Brown Act violations in our June 8 article included the following factual disclosures:

These last two points are completely true regardless of the City’s obfuscatory and erroneous statement that it was otherwise OK to provide materials directly to other HEC members within 72 hours of the meeting start without simultaneous distribution to the public.

And not only were they not provided at the same time to the public as they were to HEC members, they were not provided to the public in advance (or during) the meeting at all. Indeed, they were not posted anywhere on the City’s website until several days after the May 20 HEC meeting and then not on the Housing Steering Committee webpage, but only under the misleading heading “Public Comments on the Public Review Draft” on the Housing Element Update webpage along with other documents titled with the dates and last name of the authors.  In fact, based on the creation date of one of the web-posted PDFs, the materials were not even posted until on or after 1:12 PM on May 25 – almost 5 days after the HEC meeting at which the recommendations were approved.

These are clear and unambiguous violations of the Brown Act by two members of the HEC and by City staff. But it gets worse.

Our June 8 article also extensively quoted a presentation by the League of California Cities in May 2016 entitled Avoiding the Perils and Pitfalls of Serial Meetings in the Digital Age, that discusses how the emails sent by two of the HCE members to other members in advance of a meeting is in itself a violation of the Brown Act even if “the e-mails are posted on the agency’s Internet website, and a printed version of each e-mail is reported at the next public meeting.”

The City's email reply to us contradicted that League of California Cities advice, and also contradicted its very own written materials on the provisions of the Brown Act that it had earlier distributed to the entire HEC. At its December 3, 2020 meeting, the HEC received several documents pertaining to the prohibition of “serial meetings” from City staff. These included the 2019 Brown Act Handbook: Summary of the Major Provisions and Requirements of the Ralph M. Brown Act (from RWG Law), which clearly states on p. 6:

HEC members also received the City of Davis Commission Handbook at its December 3, 2020 meeting. This document also contains the same explicit warning about the illegality of serial meetings:

“Serial Meetings” occur when a quorum or majority of the members of a local body use a series of communications of any kind, directly or through intermediaries, to discuss, deliberate, or take action on any item of business that is within the subject matter jurisdiction of the local body outside of a formal meeting. Serial meetings are prohibited under the Brown Act. Most frequently, serial meetings can occur in email correspondence.”

To compound this flouting of the law, the HEC had actually established its own “Ground Rules” that also speak directly to this matter. The HEC received these “Ground Rules” for its committee at its December 3, 2020 meeting, and these were also published with the agenda for the meeting. Under “12. Communications and the Brown Act,” the Rules state very clearly [our bold emphasis added]:

The HEC Ground Rules document also states [our bold emphasis added] under “11. Information Sharing: that “Relevant information plays an important role in the development of informed consent….Where individual members wish to share written or printed information with the group as a whole, such information should be provided to City staff at least 72 hours prior to any scheduled meeting to allow for duplication and/or distribution prior to the meeting.”

HEC members Don Gibson and Doug Buzbee thus violated their own Committee's "Ground Rules" and clearly violated the good governance principles of informed consent. Mr. Gibson additionally violated the Brown Act and the HEC Ground Rules in his frequent posting on social media under his own name and under the name of the “Yolo Sustainable Growth” lobbying organization he formed after he was appointed to the HEC.

In addition to the Brown Act violations in not providing to the public, the recommendations from Messrs. Gibson and Buzbee that the HEC used in its June 20 meeting, an additional email sent by another HEC member, Don Fouts, also directly violated the serial communications provisions in the Brown Act.

Despite the City Attorney wrongfully accusing us of falsely alleging violations of the Brown Act by members of the HEC, we stand by our claims. Indeed, it is rather remarkable that the City Attorney, in their response, to us managed to: 1) mis-cite and misquote the actual relevant Government Code sections, 2) not address the central arguments we made about Brown Act violations at all, 3) ignore the advice of the League of California Cities, 4) ignore the very advice in the training material the City provides to all members of its commissions and committees as a matter of course, and 5) ignore the Ground Rules document itself that was drafted by City staff for the HEC.

Numerous Brown Act violations occurred with respect to HEC member communications prior to the latest May 20, 2021 meeting in which "recommendations" were wrongfully put forward by Mr. Gibson and then subsequently and illegally approved by the HEC without proper public disclosure and recusal by members with conflicts of interest. The City needs to cure and correct these process deficiencies in the following manner:

What the HEC is Going On? - Part I

This article is a perfect example of the type of investigative reporting that should be expected, in regard to what's occurring behind-the-scenes within city commissions and government.

Your efforts are appreciated.

It seems to me that Pryor and Keller have shown very clearly that there were Brown Act violations with the Housing Element Committee and that the City's response does not even begin to address them. What the heck is going on, indeed? This sort of problem should never occur, but when it does, it needs to be acknowledged and rectified, not swept under the rug.

I no longer live in Davis and the Enterprise is locked to non-subscribers, so I don't know if any of this got into print. But it's a sad state of affairs when a community depends on civic-minded volunteers to report the news that matters at the local level. These Brown Act violations appear intentional and City staff appear unrepentant. What will the City Council do about it? I'd like to be wrong but I'm betting that they will take the path of least resistance and do nothing.