Care Not Cops Protest
What is a Housing Trust Fund, and how can we strengthen Davis’s?

Why eliminating single-family zoning is a terrible idea 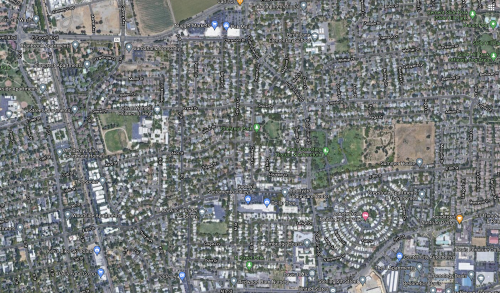 On May 20, the Housing Element Committee voted in favor of 10 recommendations, one of which was the elimination of R1 (aka Single Family Housing, or SFH) zoning. Neither the Planning Commission nor the City Council weighed in on this recommendation as a body in their recent meetings concerning the Draft Housing Element, although some members of both bodies expressed interest in pursuing at least some weakening of R1 zoning. On the state level, SB 9 and SB 10 would eliminate R1 zoning.

Is this a good idea? Will it lead to affordable housing? Would it be good for the environment?

Here are five reasons why eliminating R1 zoning is a bad idea:

I support a strong program of state and federally subsidized housing, as occurred in Western Europe after WWII. I support giving cities and towns the right to impose their own rent controls and the repeal of Costa-Hawkins. And no I am not worried about the impact on my home’s value, and nor are most owners that I know. Note that even the toughest rent controls in places like Berkeley did not apply rent control to new building construction.

Some try to link the exclusionary zoning of the early 20th century to the opposition to abolishing R1 zoning. But this is a sophism of the worst sort and, if you like, a race-baiting tactic in reverse repeatedly employed by the well-organized YIMBY movement, and their developer backers for many years—and indeed some of our City Council members.

Indeed, many minorities are homeowners living in R1 areas and that they do not all support, by any means, the ending of RI zoning. See, e.g., Oppose SB 9 and SB 10: Why Do Politicians Want to Take Away Homeownership from Communities of Color?

According to California YIMBY, SB 9 would make two important changes to state law:

Concerning SB 9, Livable California states: “This divisive bill crushes single-family zoning in California, a threat to 7 million homeowners. Wiener (sponsor of the bill) has called yards and single-family homes ‘immoral.’ SB 9 is not a ‘duplex’ bill. It allows 4 market-rate homes where 1 now stands (up to 6 units, if developers use a hidden ‘two-step’ that Livable California volunteer attorneys spotted).”

I believe that SB 9 would cause massive political backlash at the state level, and far far beyond that – maybe not so much in Davis, but yes here too.

Over 100 CA cities and towns are on record as opposing the abolition of R1 zoning.  A statewide poll found that only 28% of people supported it. Republicans, statewide and nationally, purport to be anti-regulation, but they rightly see a huge opportunity here for massive voter backlash—and backlash at supposed “progressive” YIMBY Dems which Newsom et al. will have rightly be seen as has having caved into.

Anyone remember the 2020 presidential campaign and Trump trying to make the most of the fact that CA would abolish single family zoning?  (Google it if you don’t believe me). Think that won’t happen again even if it is not Trump? I even wonder how this could affect Newsom’s recall election, or his re-election in 2022.

If this all seems too abstruse and theoretical, let me put it another way: To begin with circa 90% of Davis and California residents are completely unaware that single family zoning could be abolished where they live.

As I put it in an email to a reporter at the Davis Enterprise a few weeks ago: “How many people know that, imminently, SFH zoning could end, both in Davis and statewide; that one day they could wake up to the sound of bulldozers and jackhammers as 2-4 units building (or even more in some cities) are put up next door to them (as their former neighbor has sold for top dollar to, knowingly, or unknowingly, a developer)?

Whatever your politics, whatever your position on all the DHEC recommendations, does anyone really doubt that the ending of single family zoning, in some form or other, will not have serious political consequences?”

If you are as concerned about the elimination of single-family zoning as I am, here are two actions you can take:

Interestingly enough, the reality regarding where people are actually moving, vs. the implied goal of the "density" effort are not in alignment.

Infill efforts (in-and-of-themselves) do not prevent sprawl. And despite the fact that state's population has essentially stopped growing, sprawl is continuing. This includes the massive, ongoing developments in the Southern part of Woodland.

As Dan Walters noted (regarding the state's lack of population growth):

"The most important take from PPIC’s reports is that the factors in the zero population growth Johnson and others advocated decades ago appear to be permanent. It’s entirely possible that California will never quite reach the 40 million population that once seemed inevitable, much less the 50-plus million that had been predicted."
https://calmatters.org/commentary/2021/06/california-population-decline-zero-growth/

In regard to Dan's observation regarding Blackstone (and the Sacramento region), I came across the following article:

"Might the fact that corporate investors snapped up 15 percent of U.S. homes for sale in the first quarter of this year have something to do with it?"

"While normal people typically pay a mortgage interest rate between 2 percent and 4 percent these days, Invitation Homes can borrow money for far less: It’s getting billion-dollar loans at interest rates around 1.4 percent."

"That Invitation Homes is getting deals twice as good as a typical homebuyer shows that it’s not just buying any homes: It’s buying the specific houses with the greatest potential to be wealth-building for the middle class."

"But investors are depleting the inventory of the precise houses that might otherwise be obtainable for younger, working- and middle-class households, in the cities where those workers can easily find good-paying jobs . . ."

I am fairly new to Davis and very new to Davisite. I greatly appreciate Davisite and am now subscribed. There was mention that even Berkeley's Rent Control Ordinance does not impose rent control on properties built after 1980. My understanding is that rent control cannot be applied to properties build after 1980. I believe that this is a provision of the Costa Hawkins bill. I may be remembering incorrectly, but I know that that was a big concern of the Rent Board in East Palo Alto. Now old apartments that were under rent control are being torn down in EPA and new apartments are being built. The new apartments will not be under rent control.

These arguments aren’t really good. You are only thinking about car transportation. It doesn’t take in the account that neighborhood and streets can restrict personal vehicles to only accommodate buses, trollies, rail, bikes and walkability. Providing a denser city with everything accessible by other modes of transportation other than car will decrease the need of a car, traffic, pollution, and deaths caused by them. It will create more housing, businesses, and jobs. Getting rid of minimum parking will encourage people to get rid of their vehicle and take other modes of transit. Will also decrease the cost of living due to not needing a car and all its cost. People with vehicles have to work 40% more than those who don’t to be able to afford a car. Housing prices are being driven up by rich and corporate companies already. Regardless of R1 zoning is taken down or not that issue still stands. Money talks. You tend to also forget that getting rid of R1 zoning will give homeowners the opportunity to convert their property into a small business too. A grocery store, restaurant, or retail. This will encourage entrepreneurship within community due to having to take less risk in opening a business at a strip mall that would eventually fail. Foot traffic is greater than car traffic for small business. This would especially benefit poor and minority communities.