WWJTD?
Why we need to change our thinking about the pandemic: virus variants, vaccination, divisiveness 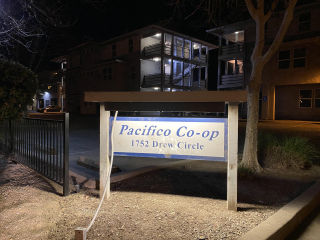 A letter to City Council from Trace DeWitt

Like many residents of South Davis I was shocked and startled to learn on Friday morning that the Davis City Council plans, at a meeting this coming Tuesday, July 20, to “direct the Council Subcommittee and City staff to negotiate a tentative master lease agreement with Yolo County” embodying a CalWORKS proposal based on a Yolo County Health and Human Services (Yolo County HHS) presentation for the future use of the City’s Pacifico property that will only be received by the Council as part of the same agenda item at the very same meeting.  The Subcommittee and staff are then to be directed to “bring [that Pacifico  master lease agreement] back to the City Council for a final review.”

I understand of course that the Brown Act only requires 72 hours’ notice of city council meetings even though 48 hours of that notice period is a weekend. This letter isn’t about the legality notice.  It’s about fairness of notice to the affected community, which in the two business days allotted cannot possibly respond to even the cursory terms of the CalWorks proposal’s most terms l in a way that can provide the Council the input needed for an intelligent decision on whether the CalWorks proposal should be negotiated with the County at all.

As all members of the Council are well aware, the historic mismanagement of the Pacifico property in South Davis as low-income housing since its default acquisition by the City a decade ago has inflicted a number of ills on the surrounding community that have yet to be satisfactorily addressed by the City, and so continue to fester to the present day.  While the City has taken some first, necessary steps to ameliorate the situation, it is far from having resolved the issues that have plagued Pacifico residents and neighboring homeowners, including drug use, alcohol abuse, theft, trespass, physical assaults, verbal violence, noise, littering, and a host of behaviors that adversely impact the lives of residents of South Davis.  The City’s inattention to these problems has been a bane on the lives of vulnerable residents of Pacifico, and of their neighbors at large.

Now the City proposes not merely to entertain, but to negotiate an agreement with Yolo County that will presumably double the current number of residents of the Pacifico property by the addition of single-parent families to the low-income housing mix.  This increase is of necessity presumed, since Yolo County HHS’s CalWorks proposal – its “project details” comprise all of 20 lines of text (Proposal, 06-5) -- does not bother to disclose the number of new residents it will add to Pacifico’s current population (the staff report implies an increase of perhaps 56 beds (Report, 06-3).  The proposal does indicate it plans to utilize the two of four buildings that are currently vacant on the property, and “keep the dormitory style layout” (Proposal, 06-5) that has been a source of complaints from residents in the currently-occupied buildings, with “no budget to improve the habitability of each unit” (ibid.).  And  while proposing to add this new population of single parents and their children to the residents currently housed on the Pacifico property, Yolo County HHS apparently plans to do nothing to address the problems emanating from Pacifico  – only to “manage its own residents” (Report, 06-3) and “[p]rovide additional fencing for site security and control” (Proposal, 06-5) – apparently believing it will wall off its own “vulnerable population in need of safe and secure housing” (Report, 06-3) from the onsite problems that have plagued Pacifico’s existing residents and the neighboring population for the last decade.

Three business days is simply not enough time for citizens having a genuine interest in the welfare of our vulnerable, underserved populations to bring to the Council what it needs to know of their concerns for their Pacifico neighbors and themselves in their daily lives.  The community has a right not to have its concerns dismissed with the bland assurance of the City that “Staff and the Council Subcommittee heard the questions and concerns and believe that many of them can be addressed in partnership with Yolo County” (Report, 06-2).  Citizens have a right to express their skepticism of that belief in the face of the spectacular failure of the past partnership to come to grips with Pacifico’s problems.  The City Council should defer Agenda Item 6 to the next appropriate council meeting to afford a meaningful opportunity to make their views known to their representatives.