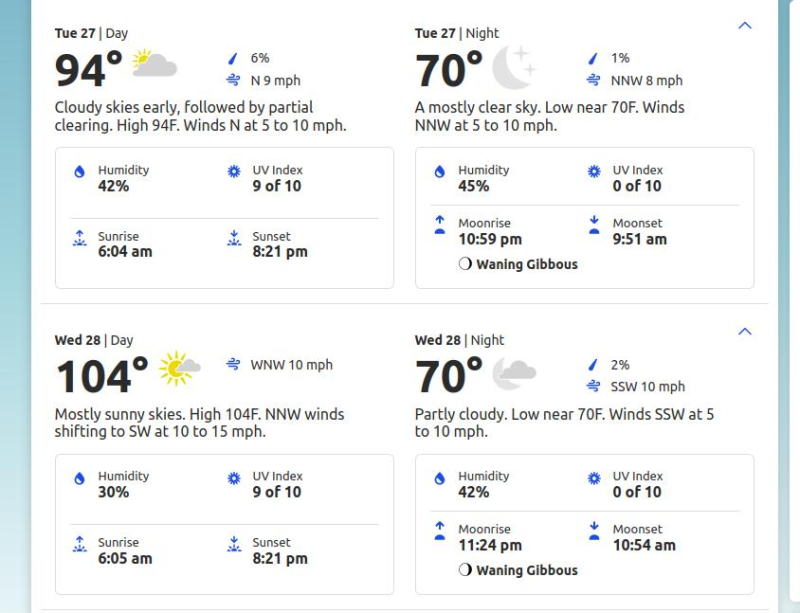 Per Weather.com the winds will shift to the north (and variants) at least part of this Tuesday and Wednesday. The prevailing south winds (from the south) have until now seem to have helped spare Davis and the immediate region (esp. to the west) from wildfire fallout from the huge fires east of Chico.

As the wind may not just shift until late Monday or early Tuesday, I hope that Staff will be prepared to put the leaf blower ban into effect. (Note that most of the combined air region has had Spare the Air days for most or all of last week, if only for ozone) 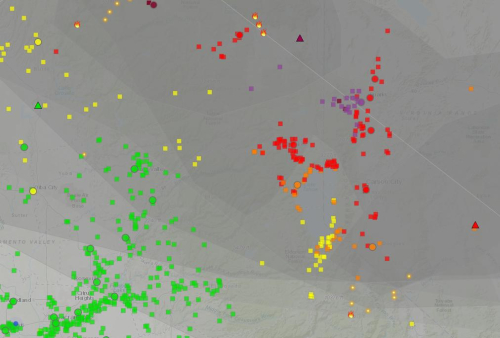 Davis is in the lower left corner - https://fire.airnow.gov

Spare the Air means that Unitrans is free. Possible smoke and almost certain heat (esp on Wednesday through Friday) will in my understanding open our "Climate Shelters" at Vets and the Mary Stephens Library. As 14th Street is served by Unitrans buses (1 to 3 lines depending on the time of year and day of the week) it seems like a good and free way for many to get to the Climate Shelters, yes? It seems likely that Climate Shelters disproportionately serve lower income people who have less access to not only modern HVAC but also personal motor vehicles.

Unfortunately the free Unitrans service is in tiny print at best on the Share the Air notices (email or website), and as far as I recall has never been mentioned in the City's notices about the Shelters. All of these programs are happening, but the communication is not joined up, and few know about them 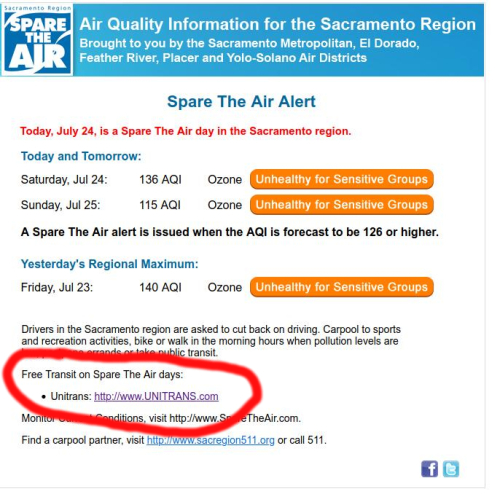 Beyond this, I don't understand why Yolobus doesn't have free service during Spare the Air days. Do I understand this correctly? Can people in Davis get to Climate Shelters (or anywhere else urgent) during a smoke and/or wildfire fallout event by free public transport, but not anyone else in Yolo County?

Thanks for taking immediate action when necessary.... or preemptively!