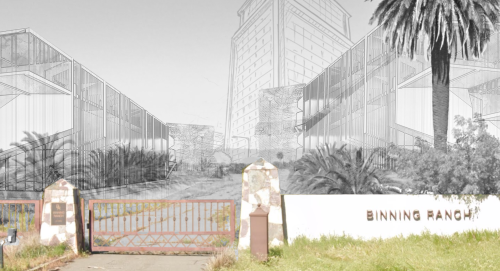 In a disputed controversy involving the once-proposed Davis Innovation Center, the City of Davis has filed a $691,000 lawsuit against Binning Ranch Holding Co., SKK Developments and Sotiris Kolokotronis, the owner of SKK Developments, a major residential and commercial real estate developer in Sacramento.

The city claims the defendants failed to pay the city for services related to the project’s application, including costs for environmental consultants, planning, engineering, building inspection and legal services.

The lawsuit, filed in Yolo County Superior Court, states that under a 2014 agreement with the city, the defendants agreed “to pay the City all costs incurred, both direct and indirect…associated with the review and processing of the Application….”

Jason Hoffman, an attorney for Sotiris Kolokotronis and SKK Developments denies the claim and indicates that all specified damages in the lawsuit were caused by the city, incorporating, in part, a defensive legal theory of Unwashed Hands. This theory bars relief to a party that has engaged in inequitable behavior, including fraud, deceit or bad faith related to the subject of that party's claim.

The dream of the proposed 208-acre Davis Innovation Center, which was to be developed just north of Sutter Hospital and adjacent to Highway 113, was initially proposed in 2014 by the property owner, the Binning Ranch Holding Company, and SKK Developments. At the time, the project was described by the sponsors as a “world class innovation hub that serves to retain intellectual talent, creates high paying jobs, (and) generates significant potential revenues for the City of Davis….”

The campus would be developed “for high technology offices, research and development, hotel, and employee-serving retail and recreational uses…with net-zero energy buildings.”

The project began to run into trouble in 2015 based on concerns from neighbors that the project was too large in scope and would generate traffic problems. The developers also had to overcome a substantive hurdle: The project was outside Davis city limits, but within its sphere of influence, and the project would have to be approved by Davis voters under Measure R.

In May 2015, the developers, for vague reasons, decided to put the project on hold.

Telephone calls or emails to representatives of the parties of the lawsuit were not returned for comment.

The trial date is set for June 27, 2022, in Yolo County Superior Court. The lawsuit is City of Davis vs. Binning Ranch Holding.

There are 2 things about this story I find surprising
1) How does a developer come to owe the City of Davis$700,000 without an intent to pay any of the Bill?
2) How is it that the City of Davis suing 2 significant local developers not garnered ANY media attention at all since the suite was filed in fall of 2019.

I also think it is notable that Binning Ranch Partners whom the City claims owes Davis $700,000 are one of the parties to sign the Bretton Woods development agreement with the City of Davis. How is the City moving forward with Bretton woods, while in court suing the developer for unpaid fees?

Wow - this is a major story.

Why has this not garnered more attention?