Letter: Who wants DiSC?
Rainbow crosswalks on their way for Davis Pride 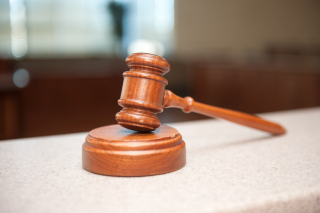 We are concerned that Davis City Councilman Dan Carson’s involvement in the Measure H campaign and his efforts to pass Measure H set a terrible precedent for Davis and harms our citizen-based democratic processes.

Carson is the first elected official in Davis to lead a developer’s campaign committee to annex land to the city for a subdivision. He is also the first member of the city Council to use developer money to file a lawsuit to strike down his fellow citizens’ ballot arguments against annexation.

Councilman Carson’s lawsuit did not produce any meaningful changes to the citizen’s ballot arguments. A judge changed one word and converted a troy measurement to a metric measurement. That’s it. The apparent purpose of the developer-funded lawsuit was to squelch the speech of the opponents to Measure H. Mr. Carson and his deep-pocketed backers probably assumed that the citizens would not be able to afford to litigate the ballot argument.

Special interests like developers already have a financial advantage and regularly outspend citizen campaigns by more than twenty to one. Mr. Carson and the Measure H developer have come up with a new tactic to press their financial advantage even further — file a lawsuit against the citizens. Win or lose, it makes no difference. Citizen defendants will have to pay tens of thousands of dollars for a legal defense, further curtailing their ability to challenge the developer’s project.

Just the possibility of another developer suing the citizen opponents of a project could scare Davis residents from standing up and speaking out. That’s not the Davis way. Winning a political debate shouldn’t depend on the size of your pocketbook. Instead, make your best case and then let the voters decide.

The problem with Carson’s conduct in the Measure H campaign is that he has blurred the line between his role as an elected representative of the people of Davis and his advocacy for a development project. This conflict of interest was on full display at the April 5 City Council meeting, when he took up a Measure H matter that was not on the agenda and gave a lengthy political speech. Even Mayor Gloria Partida admonished Carson this was improper.

As past mayors of the city of Davis, we can assure Davis citizens that Dan Carson is charting new political ground and that it is not good. We would ask that Councilman Carson carefully reconsider what he is doing with respect to Measure H.

Past mayors, Thank you for speaking out about this. Having political Capital, You represent power-and power is inappropriately at work here, and power seems to be what has attracted this inappropriate behavior by a councilmember. I hope Dan listens to your message. I would urge Dan to rethink his positions and actions and to apologize to his constituents- he’s a good person, he’s blundered as a politician but then we all blunder. I hope he can correct himself. I’m looking forward to that.