Ramco Enterprises spends over $600,000 to date on Yes on H campaign 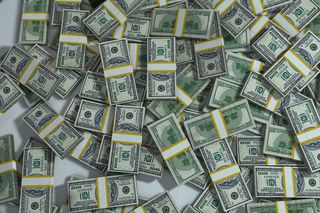 (From press release) DiSC developers, led by Frank Ramos of Ramco Enterprises, poured $317,503 into the Yes on H campaign in a single day last week, bringing total developer contributions to the campaign committee to more than $600,000 in less than five months. The only other major donor to the campaign is Buzz Oates, Ramco’s partner in the development.

Yes on H expenditures have included:

There are also several other expenditures for consultants, printing and mailing costs.

This is much more than the developer spent to promote the DISC project 18 months ago for Measure B, and it is more than 10 times the amount that the No on H campaign will have spent on the entire election.

The No on H campaign is proud to be a grassroots-funded campaign powered entirely by volunteers and funded by contributions from over 100 Davis residents, far more than the Yes on H campaign.

“For all the money they have poured into the Yes on H campaign, the developers never spent a dime on reaching out to Davisites between November 2020 (the time voters rejected the original DISC project) and now to see what changes could be made to lessen its impact on local neighborhoods,” stated Alan Pryor, Principal Officer of the No on Measure H campaign.

“How much money does it take to buy an election in Davis? The answer should be no amount! But this is as alarming a campaign as I have seen. It is up to the voters now" added Nancy Price of the No on H campaign.

“This is a David and Goliath story. We are just a small group of local Davisites with deep roots in the community but with limited resources – balancing work, family, and our other commitments – and we are up against a wealthy company that stands to make tens of millions if they can get this project approved,” stated Colin Walsh from the No on H campaign. He continued, “They are flooding the city with cash to get their way. But I think the people of Davis will see through this effort and put a stop to DiSC.”

“All this money spent and yet their campaign advertising never even mentions the name of the project, much less tell people that it’s really just an oversized industrial park with extensive on-site manufacturing,” added Roberta Millstein, one of the ballot signers opposing Measure H.

The last day to turn in ballots is June 7th. Measure H is the last item on the ballot.

Not sure if they'll post this on the Vanguard, but I'll go ahead and post it here, regardless:

My initial comment: "Costing them a lot more than $42K (which is chump change, for them)."

My follow-up comment, after seeing this article in the Davisite: Indeed. And the following $600K is just for the campaign, itself. Not including the EIR that they’re essentially “re-using”, traffic study, etc.

Quoting the article, above: DiSC developers, led by Frank Ramos of Ramco Enterprises, poured $317,503 into the Yes on H campaign in a single day last week, bringing total developer contributions to the campaign committee to more than $600,000 in less than five months. The only other major donor to the campaign is Buzz Oates, Ramco’s partner in the development.

My comment following the quote: I still haven’t seen any actual advertisements for DiSC on the Vanguard (other than the articles, themselves) to account for the $6K that it received.

(Additional comment): I'm hoping that if DiSC fails, they take Spafford and Lincoln with them. Seems like they're involved in just about every developer campaign, and reportedly recruit College "Democrats" to do their bidding.

Don is deleting (not posting) some of my comments again on the Vanguard, including the following comment. Since it's directly related to this article, I thought I'd post it here (instead of "Al's Corner").

Keith E, in regard to Carson's lawsuit: "Cost of doing business. Whatever."

My response: The $42,000 judgement might help ensure that another $600,000 in costs (and counting) doesn’t deliver any “return” at all for the developers.

And if that happens, can we count on you to say the following, again?

(Keith E.'s "boo-hoo" comment was made in regard to those who were personally financially liable for the action taken by Carson, backed by the developer.)

Apparently, Keith E. sees no problem with this in regard to anyone signing a future ballot statement, opposing a deep-pocketed developer and a council member ally - who is supposed to be representing all constituents.)

Strangely enough, Don seems to have a problem with "my" comments, and has specifically stated that on the Vanguard. (I simply repeated some of Keith E's prior comments.)

I actually have no problem with Keith E, himself. Though I don't think he's helping his cause.