US Citizens Dying in Jackson Mississippi 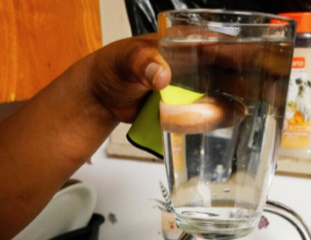 The water crises in Jackson Mississippi, where 180,000 people don't have drinking water, is a sin: a sin in a state with highest percentage, 60%, of religious residents.

It is beyond reproach that for 50 years, since federally mandated school integration, the Mississippi state legislature has systematically refused to invest in Jackson, because the power and authority in Jackson is not like the rest of Mississippi's white majority.

From the Columbus Mississippi Dispatch: "It's a damn poor farmer who starves his mule and then complains because it can't pull the plow."  And just in case you think it's all big media and out-of state progressives making the case that this is systemic racism, here is what the Digest had to say. "And to think, it all began because the idea of a white child sitting next to a Black child in school was too much to tolerate."

We need to overcome the State's rights abuse that prevents the federal government from giving aid directly to Jackson.  Aid to Jackson has been blocked multiple times by the Christian majority legislature of Mississippi.   Current Governor Reeves wants to be sure that his standards of "accountability" are met and he plans to continue to righteously starve the mule as his predecessors have done for 50 years.

In a country where it takes just 6 months to send $44.5B to Ukraine, we can't insure that a US city of  180,000 has drinking water?  We are ignoring people dying of thirst in our country. Stop. We can be urgent and insist that the State of Mississippi, and our federal government, have a plan (acceptable to the Mayor of Jackson) to insure drinkable water immediately and for the foreseeable future.

It's not just Jackson, but let us start.  Let us turn this around in Jackson and then treat ourselves to the prosperity that is kinship with neglected US communities of all colors.

Governor Reeves and others are woefully mistaken to take it upon themselves to be the arbiter of a wrathful God.  Give up this false passion and find resolution in the love of men and women of a common fellowship.  Open the spigot of your heart and make the water of prosperity flow in Jackson. Decide to do it - it's that easy.

Just wondering why Christianity was brought into this conversation.

Also, there are reports that Jackson’s mayor and city staff had mismanaged the water facility. But I guess it’s an easy target to go after the Republican Governor and Christians.

I guess your are correct, religion is irrelevant, nothing to do with public policy.
- -
Can't say gay. Prop 8. Muslim ban. and so on...

With Christianity so large in the communities of Mississippi where else is intergenerational neglect sustained if not at the pulpit? Or is the legislature an aboration of the society at large?

There is nothting easy about “going after” Republican Governors in Mississippi – the point is that walking in the love of Christ and denying people the infrasturcture that provides drinking water – in the wealthy country that we are – this is not compatible.