Voting information and deadlines
Letter: Deos has the right priorities 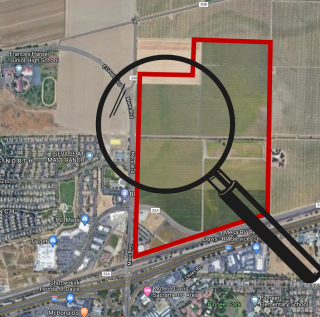 The developers of the Mace ARC Business Park are avoiding a full analysis of their project proposal and omitting important project details until after citizens have voted on the project.  City staff seems to support them in this, and City Council isn’t asking any questions – even though they had already promised that the proposal would be seen by all of the relevant City commissions.

Without a full public disclosure of the project and proper impartial commission analysis, citizens will not have the information they need to make an informed decision.

For those who don’t know the legal context, this project will require a city wide vote – because the 200 acres proposed for the ARC business park outside Mace Curve is outside the Davis City limits with an agricultural land use designation, it is subject to a Measure R (formerly Measure J, now Davis Municipal Code Chapter 41) vote.  One of the provisions requires:

Establishment of baseline project features and requirements such as recreation facilities, public facilities, significant project design features, sequencing or phasing, or similar features and requirements as shown on project exhibits and plans submitted for voter approval, which cannot be eliminated, significantly modified or reduced without subsequent voter approval.

To be sure that those baseline project features (and the related development agreement) are well-vetted and include sufficient detail, recent projects that were subject to a Measure R vote went in front of all the relevant commissions, including the Recreation and Park Commission.

For example, when the West Davis Active Adult Community (WDAAC) project went before Rec and Park in Oct 2017, the Rec and Park Commission recommended that the “Planning Commission further consider the ramifications of private ownership and maintenance of public spaces in this and future development projects.” According to this staff report, Rec and Park also raised a concern that path widths do “not meet City standard for multi-use paths and may not safely accommodate all users at all times, particularly if faster cyclists use the greenways.” This was before the project was approved by the Planning Commission, before it was approved by the City Council, and before voters approved the project.

Similarly, before the Nishi project went before the Planning Commission, the City Council, and the voters for final approval, the Nishi project was vetted by Rec and Park, in Nov 2017.  Rec and Park raised similar concerns as it did for the WDAAC project, noting that “this is the second project that has come before the Commission that is not advocating for public park space;  there seems to be a policy void especially for high density development projects," and they were "concerned that it is setting a dangerous precedent for the City.”  It was also pointed out that “there is no City maintained or operated public space, property ownership and maintenance responsibilities are unclear.”

These same concerns are relevant for the Mace ARC business park.  Who will be responsible for maintaining the 15 acres of private parks proposed for ARC?  Is that even a sufficient amount of park space, given the amount of housing and commercial use on the site?

Yet the ARC developer has asked for Rec and Park review to occur after the Measure R vote.  As far as I know, this first become public at a meeting in January 2020, when several Davisites spoke in public comment to request more thorough commission review for ARC:

To those comments, City Manager Ash Feeney gave the following (slightly confusing) response.  That it was confusing can be seen from Mayor Brett Lee’s response, which seems not to understand that Mr. Feeney was talking about commission review after the citizen vote:

Not long after, the City’s web page for the ARC project was modified, and it all became clear. As the below image from this document shows, many decisions, along with the relevant commission review, won’t be made until after the vote – until after the horse has already left the barn.

Here is Colin Walsh at a February 2020 City Council meeting, highlighting the City’s webpage that shows that many details won't be revealed and relevant review won’t occur until after the Measure R vote.  The City did not reply.

This is a broken promise from the City.

The City explicitly promised that the ARC project would go to the Commissions. On November 5, 2019 Mayor Lee asked city Manager Webb what the expectation for commission input is when he asked, “I imagine it will be the full commission review process?”

Webb replied unambiguously, “Yes it is, and that process started even last night.”

In October 2019, November 2019 and then again in December 2019, citizens requested to the council that the proposal go to all the relevant commissions and advisory bodies – with some of those bodies needing to do a second review after the Supplement to the Environmental Impact Report has been produced.  At all three meetings, the City promised that the commission reviews would occur.  (Video excerpts from the meetings are appended to this article). Now the City seem to be going back on that promise.

Measure R is named “Citizens’ Right to Vote on Future Use of Open Space and Agricultural Lands” for good reason.  But without complete and well-vetted information, citizens cannot vote in an informed way.  I call on the City to add the Park and Recreation Commission and the Tree Commission to the ARC schedule before ARC goes to the Planning Commission for review.

I also call on the City to have the Natural Resources Commission; the Open Space and Habitat Commission; the Bicycling, Safety, and Transportation Commission; and the Finances and Budget Commission review the project after the Supplement to the EIR is produced but before the date it is scheduled to go to the Planning Commission for review.  Right now the City’s “tentative” schedule shows the latter two but not the former two.

The currently planned review is inadequate and unacceptable.  The City needs to keep its promises and give this project the review that it deserves, not allow important decisions to be left until after the vote has occurred.

With a project like this – on prime farmland that also serves as habitat for species such as burrowing owls, of a scale much more massive than anything else in Davis, adding thousands of workers and residents to an already traffic-impacted area – full review is even more crucial than usual.

Here is the city promising thorough review at the October 2019 meeting:

Here are citizens requesting thorough review at the November 2019 meeting:

Here is the City’s response at the November 2019 meeting, promising thorough review:

Here are citizens requesting thorough review at the December 2019 meeting:

Here is the City’s response at the December 2019 meeting, promising thorough review:

If you have concerns or questions about this project, or would like to learn more, you can attend the public meeting on February 26:

Without commission weigh- in and significant community input, any baseline features put to the voters will be meaningless. And remember the language for the November ballot, when this is slated to be voted on, needs to be done by July 7th.

How do you spell "bate and swich"?

Alan Pryor: “How do you spell "bate and swich"?“

Ongoing pattern of bait and switch since the residential-only RFEI.